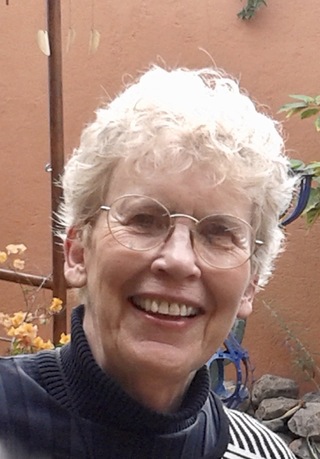 My memoir, By Her Own Hand: Memoirs of a Suicide's Daughter, was described as "fascinating and disturbing," with "an ironic distance worthy of Jane Austen," in the New York Times Book Review, which named it a Notable Book. My other books include Daughters and Mothers: Mothers and Daughters, an Alternate Selection of both the Literary Guild and the Book-of-the-Month Club and a best-seller and feminist classic in Germany; Passionate Attachments: Fathers and Daughters in America Today; and an anthology, Women: Body and Culture: Essays on the Sexuality of Women in a Changing Society.

My short stories have appeared in anthologies and Playgirl; my poetry in Fiction, the New England Review and other publications; my personal essays in the Village Voice and Working Woman. My articles have ranged in subject from experimental theatre to chaos theory and the neurobiology of the brain; from women's sports and family relationships to Jane Goodall's chimpanzees in Tanzania. They have appeared in such national publications as the Village Voice, Science Digest, Travel Holiday, Ms., Mademoiselle, Parade and the San Francisco Examiner.

I've been an editor at a Hearst magazine, the Atlantic Monthly Press and Harper & Row, Publishers. While at Harper & Row, I served as president of and helped revive the existing house union. With veteran civil rights and labor lawyer Carl Rachlin, I organized the Row, Peterson textbook staff to a successful NLRB election.

I've lectured at Bank Street College of Education, the New York Academy of Sciences and various other venues. As an adjunct teacher at NYU, I received an Award  for Teaching Excellence. As a performer, I was a founding member of Meredith Monk's avant-garde dance-theatre company, The House.

I've been a long-time member of The Writers Room, an urban writers colony in New York City, and a resident at the MacDowell Colony, Virginia Center for the Creative Arts, Blue Mountain Center and Ledig House. I've read my work at those venues and at numerous others, from the Nuyorican Poets' Café, Dixon Place and the Knitting Factory to various colleges and universities.

As a consultant in internal communications for the Information Technology department of a mutual insurance company that became a Fortune 100 corporation, I developed website design for the corporate intranet, created executive PowerPoint presentations and wrote newsletters, articles for both internal and external publications and speeches for the CEO.

I was born in Indianapolis, Indiana, grew up mostly in the Philadelphia suburbs and have a BA from Wellesley College. I live in Manhattan.

By Her Own Hand:
Memoirs of a Suicide’s Daughter
“A fascinating and disturbing memoir...subtle, lucid and complex.”
--New York Times Book Review
Passionate Attachments: Fathers and Daughters in America Today
Every woman’s first, most influential relationship with a man.